From the Depths Wiki
Register
Don't have an account?
Sign In
Advertisement
in: Factions, Lore, Steel Striders 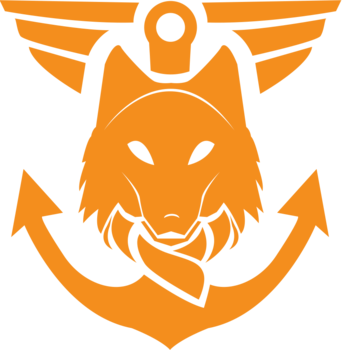 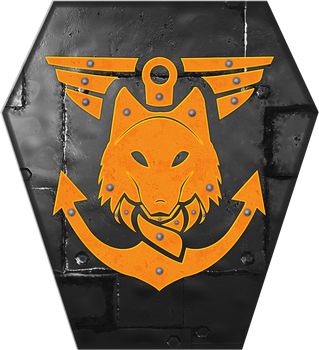 The Steel Striders is one of the 8 factions in the single player campaign Quest for Neter. The Steel Striders can be the 3rd faction you fight, up to the last. They mostly focus on realistic-type battleships, with metal and lightweight alloy as the main building material and use heavy armor to cover up vulnerable parts like engines, AI, and ammo. They use a variety of weapons, but most ships exhibit using missiles and usually fast-firing advanced cannons.

The Steel Striders are the remnants of a massive nation known as the Steel Empire, who at one time held control over most of Neter. Despite the Steel Empire's best efforts, they were unable to claim the territory of the Gray Talons, who took to the skies long ago(some sources say 200 years, others say millennia). The Gray Talons' flying battleships proved superior to the Empire's naval power and rebuffed any incursions from the Steel Empire. Some say the Gray Talons could have become the rulers of Neter, if not for their introverted tribal nature and fractious, internecine squabbling. The Empire soon learned to leave them to their in-fighting, and left them alone.

War had come to the Steel Striders, due to the arrival of an alien faction, the Scarlet Dawn. The Empire Fully committed to the war with these alien invaders, but as the war dragged on over the course of 50 years, the various power blocs within the Empire became restless. The rigors of war left many factions disenfranchised, as taxation, piracy, and heavy handed policies pushed the factions to the brink of secession. Had it not been for the temporary alliance with the Gray Talons, the Empire would not have prevailed against the Scarlet Dawn. With the two forces combined, they were able to defeat the Scarlet Dawn.

During the war with the Scarlet Dawn, the seeds of the Empire's dissolution were planted. As the war raged on, the Steel Empire began pulling more warships to the front lines, leaving fewer ships for patrol and convoy protection. Piracy became rampant, and trading corporations found their convoys under constant attack without the Empire's Navy to defend them. The corporations saw little benefit of the heavy taxes they paid to support the Empire, whose navy was unable to protect the corporation's convoys and interests. They soon seceded and formed their own faction-nation, known as the Onyx Watch. Headquartered in the tundras of Cold Loch, they found their money better spent constructing their own navy, and defending their convoys and interests abroad.

Later on, sensing the weakness of the Empire, the White Flayers formed and seceded from the Empire. Located in the Empire's heartland, These religious zealots, led by the enigmatic High Priests, rebelled from the Empire and took with them several advanced warships, as well as a large portion of the Empire's population. They now reside in their chapels in High Lorham, worshipping their Flayed God.

During the White Flayers' rebellion, The top scientists and research divisions of the Empire seceded, forming the Lightning Hoods. Little is known about their motivations.

After the dissolution of the Steel Empire, the remaining power blocs and loyalists became what is now known as the Steel Striders.

The Steel Striders have similar designs to real-world warships. They are light but well armoured, being made of a good amount of Alloy and Metal, and have Advanced Cannons on turrets, and the turrets fire at a reasonable rate; some fire quite quickly. Their planes however are among the deadliest.

Steel Striders assumes an alternative modern aesthetic. This aesthetic combines modern hull work and superstructure with some cold war aesthetic as well. For example, the Steel Striders' Pride of the Fleet, the Thyr, has tall superstructure characteristic of ww2 designs, and not appearing so much on modern designs in real life, along with three frontal superfiring triple-barrel turrets - another characteristic not fit to modern times - Yet also incorporates modern hull work such as a 45° bow, 45° sloped turrets or modern-looking radars. The aesthetic is an amalgamation of realistic designs, from lots of different time periods, giving it a characteristic realistic look, yet still remaining unique to community designs. The more advanced and experimental vehicles created by the Selachii corporation have a unique asthetic which involves a horizontal bow rather than the typical vertical bow, and a hull shape that resembles a piscine shape from above. Combined with a fin like superstructure and their sleeker appearance lead them to being dubbed sharkships.

The Steel Striders has the Scarlet Dawn to the East, Twin Guard to the West, Onyx Watch to the South-west and White Flayers to the South.

In-game Description: "Karbengo did it"