From the Depths Wiki
Register
Don't have an account?
Sign In
Advertisement
in: Factions, Lore, Onyx Watch 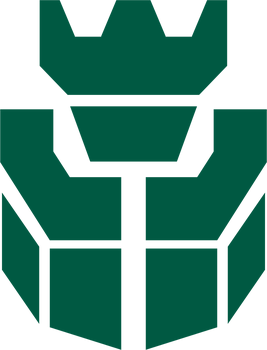 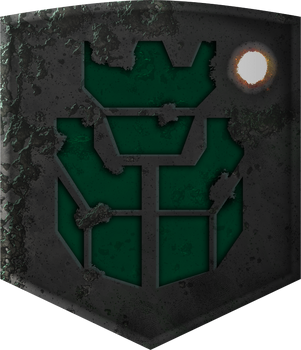 The Onyx Watch is one of eight factions in the single player campaign. The faction is said to be based solely on monetary wealth; the Watch do not care about much except for money and keeping their trade safe and flowing. They generally have ships resembling castles or early modern frigates with broadsides, are usually with at least one massive CRAM Cannon. Their ships use large amounts stronger materials like metal, making their average ship to be slow, but strong and powerful, so expect their ships to be armored decently.

The Onyx Watch are the original mercantile navy with deep roots in tradition, trade and contract. Being the old money of Neter they broke off from the Steel Striders, due to increasing frustration of pirate attacks on their trade convoys. This sparked the need to create a self-funded force to protect themselves. These pirate attacks have historically been from the scavengers of the Deepwater Guard, however recently the Twin Guard attacks on convoys show an alarming increase since the split from the Steel Striders. Due to this, The Onyx Watch council clearly saw that their tax was better spent in creating their own defensive force.

Their Society revolves around mining and industry where a skilled individual is valued above all but raw resource and so take great pride in their trade, leading to some of the finest craftsmanship seen in Neter. The most renowned craftsman form the Onyx Watch council which oversee their financial success as a ruling force. Having a wealth of skilled tradesmen and resources the Onyx Watch were quick to rearm themselves for self defence, first refitting their trade Galleons to be combat worthy through their original manufacturer "Black Powder Antiques" and later commissioning the production of dedicated warships through "Lochforge Industrial Marine".

Hailing from the snow tundra of Cold loch where exposure to the elements can mean death in minutes the word "Safety" to the Onyx Watch quite literally means "Fortification". This relationship with the elements has heavily influenced their design mantra where combat is waged from behind strong walls at great distance. As such there are many artisans dedicated to gun-craft and fortifications. The environment has also moulded their society over time into having a serious distrust of flying, almost to the point of disambiguation. This had a questionably beneficial side effect of leading the Onyx Watch to glorify oil as greatest of the resources available on Neter and lifeblood of their industrial machine. Devoting their supplies of oil to production has allowed them produce massive structures and vehicles, but also means that they shun anything that they see as wasting the precious substance such as energy hungry lasers or shields.

The Onyx Watch have three types of vessels: The Black Powder Antiques' Galleons, which are mostly-wooden sailing vessels with mostly broadside armament. Lochforge Industrial Marine's castle-ships made of alloy and metal, armed almost exclusively with turreted weapons. And hybrids, which are typically paddle-propelled, often have weapons in fixed mounts, use more wood than castle-ships.

Relations on Medium at Start with no bonuses: