From the Depths Wiki
Register
Don't have an account?
Sign In
Advertisement
in: Factions, Lore, Deepwater Guard 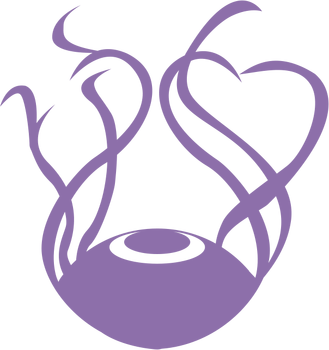 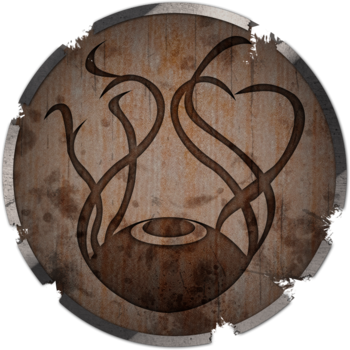 The Deepwater Guard is one of the eight factions in the single player campaign Quest for Neter, and is the weakest and first of all the factions. Their vehicle designs focus mainly on airships, battleships and sloops with an assortment of weapons ranging from Simple Weapons to Advanced Cannons and unguided rockets, but mostly CRAM Cannons. Almost all designs of the Deepwater Guard are built with wood as the primary material, with metal being used to reinforce vulnerable areas and protect vital components like engines or ammo. Their territory spans from the Eriwick region to the Janwall region.

The Deepwater Guard is a scattered nomadic nation that lives in the desert archipelago of Janwall and stretches into the great plains of Eriwick. Due to the lack of rich soil and agricultural know-how, most of the Deepwater Guard relied on deep water fishing and whale hunting for food. Over time, the poorest of the nation learned that one of the best ways to get rich was by piracy. So, many fishing ships and whalers armed themselves and turned to the richer waters of their neighbors.

Now, the greater Deepwater Guard nation is ruled over by a loose council of twelve Pirate Lords who decide on everything from national defense, fishing rights, and which Pirate Lords control which parts of the Deepwater territories.

Many of the greatest Pirate Lords have built up their own fleets to support their style of piracy, from the Mad Skylord Sven Kno, who rules over the open ocean in great Airships—often named after his grandparents old whaling ships—to the Humorous Lord Pathos, who's ships more closely resemble traditional battleships which excel at far sea raids and land bombardment.

A lack of metal resources in Janwall means most ships in the Deepwater Guard are built from wood imported from Eriwick. Scavenged, repurposed, or built from scratch, most of them are made of fragile woods and reinforced with metal, but don't let their wooden exteriors fool you, the Deepwater Guard are known for their tenacity in the face of overwhelming odds and might surprise you if they catch you unaware.

Lord Goldwater is a pirate lord of the Deepwater Guard. His vehicles include the smaller water-based craft such as Vanguard, Sea Viper and the Ant Lion. His vehicles also include the auxiliary ships such as the Sinner's Luck and the Walrus. His faction was the designer of the infamous Marauder and ships based around it like the retired campaign design Jacob's Delight. His designs tend to be quite small, or scrapped together, giving him the appearance of the weakest Pirate Lord. However, he has multiple 'frontal broadside' craft (craft that only allow the enemy to see their front) such as the Scuttlegun and Paddlegun, which are stronger, the latter of which falls into Godly difficulty.

Lord Pathos is somewhat like the bigger brother of Lord Goldwater and another lord of the Deepwater Guard. His designs are usually more recycled than built from the ground up. The Kalmar and Urchin are Easy difficulty Pathos ships, the Kalmar being a failed Moray and the Urchin being a larger version of Goldwater's Sea Viper. A single craft, the Water Buffalo, is the only Pathos craft in Regular difficulty. Lord Pathos is the Lord that owns the majority of the faster firing Advanced Cannon ships, such as similar ships Pilferer and Ransack. His ships also tend to look more like the traditional warship, with taller and larger superstructures and more realistic gun turrets, especially on his larger, godly craft such as the largest Deepwater Guard capital ship, the Crossbones. Another example would be the Plunderer. He has a few planes like the Duster, and is the Lord of the only Deepwater Guard submarine, the Pequod. The Plunderer is Pathos' capital ship, a 40 point Godly design.

Lord Riker is a Lord that has a primary focus on smaller aircraft. This includes his smaller helicopter Sky Viper and the Marauder-like Atlas (and it's retrofit). The Frantic Chicken is a notable Advanced Cannon-using airship. A larger plane is the Duster. Smaller ships such as the Coyote and Red Tuna are present in Riker's force. More of Riker's style is revealed with the Gotha heavy attack aircraft and Snapjaw airship. His designs are shown to have a more animalistic side, like the Angry Chicken. His scrappy style is shown by the Godly Flying Squirrel. His smaller ships tend to look quite scrappy and recycled, whereas his stronger forces like the Snapjaw and Angry Chicken are designed similar to animals.

Lord Sven Kno is a Lord and master engineer that has a primary focus on larger airships, and completely air-based craft (bar the Kraken). Although, he does have a small arsenal of smaller aircraft. These include the Monkey Barrel and the Hoplite which are 5 and 3 point easy designs respectively. An example of a larger Easy difficulty airship is Falkenheim. He has smaller Regular designs such as the Swordfish and larger, stronger ones like the 40 point Piraiba. The Orca and Bucanneer are examples of 30 and 35 point Expert difficulty designs. Marlin is a strong 45 point Godly design of him. Moray is Sven Kno's capital airship, a 38 point Godly design.

DWG has perhaps one of the most diverse sets of units, using a submarine, airships, ships, and airplanes of vastly different styles. Most of their airships are primitive flying machines consisting of boats with helicopter blades or balloons attached, although one having an attached Particle Cannon, but a portion are fairly effective aerial battleships that were built with the intention of flying. Their ships are usually intended to be ships and are built well, but are ineffective due to the lack of resources needed to armour or arm their vehicles. The most powerful vehicles they have consist of large airships and battleships.

The Deepwater Guard has Player cornered to the south-west, Onyx Watch to the north-west, White Flayers to the north, and Lightning Hoods to the east.

In-game description: "The Coffin Armada is sent by the crazed generals of the Deepwater Guard to salvage villages and errant ships. Circling their prey they close in until the huge downwards facing cannons of the Coffin Nail airships are directly above the target and then they unleash their full potency."

In-game description: "The long arm of the Deepwater Guard and feared by navies throughout Neter. Once this column of fighters have flown over there is generally nothing left. The running joke in the DWG air-arm is that the final member in the column has never actually seen any action."

In-game description: "Crazy. Nothing else left to say. Now let's try to survive."

A variety of different designs were removed over time. Some of them may, however, still be found in the game's files, but will no longer spawn in Campaign